The Summer of Paisley

Sometimes, a girl needs an extra-loud dress to get her through the horrendously hot and humid days of mid-July. 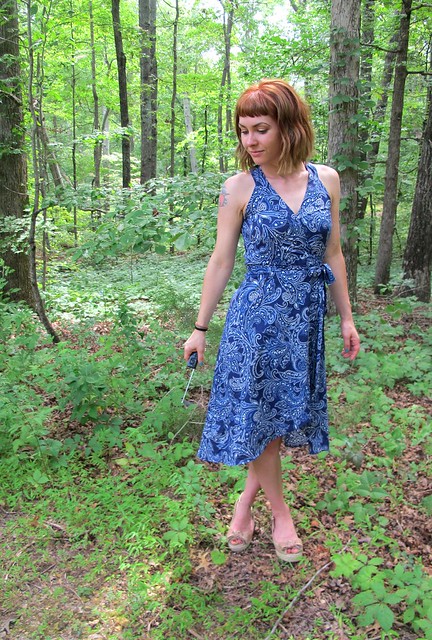 I can’t say that I’ve ever considered myself much of a fan of paisley – some of the prints and colors remind me a little too much of the awful ties my dad work to work in the early 90s. Maybe it was less the print itself and more the recollection of the terrible fiber content. At any rate, I’ve never really been drawn to it, but something about this particular blue print at Mood Fabrics just took my breath away. Maybe due to the more monochromatic color scheme – since there aren’t a lot of competing colors, it allows you to focus on the design itself. Or maybe it was because of the price – it was (and still is!) on sale for $4.99 a yard! Yeehaw! 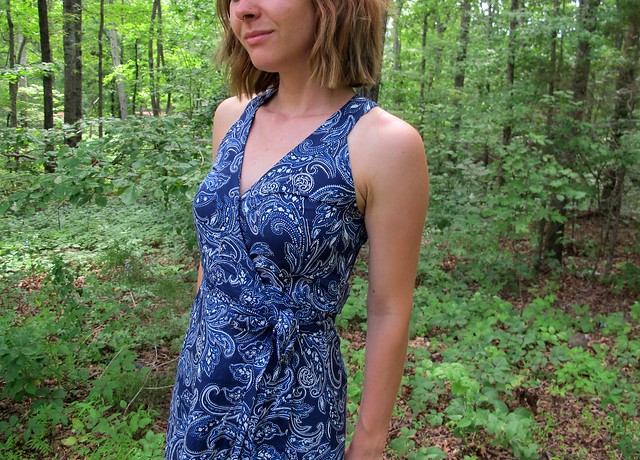 Scoring fabric for under $5/yard means you have the greenlight to buy a bunch of it and use it to make something with a fabric-hog of a pattern. Which is exactly what I did in this case – I’ve had my eye on McCall’s 7119 for a couple of months now, but that long wrap takes about 3 yards of fabric to make up, which I wasn’t feeling (or, rather my wallet wasn’t feeling). $15 for 3 yards, though? I can handle that! 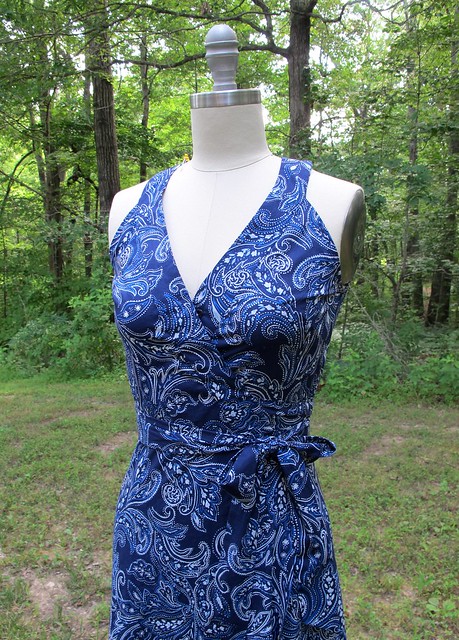 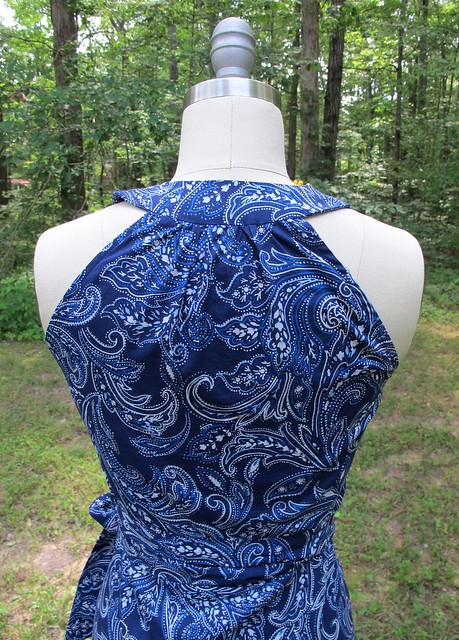 Despite what that price tag would lead you to believe, this is anything but a cheap fabric. Described as a cotton poplin, it’s a lovely lightweight cotton fabric that has a really nice hanging drape. It’s thin enough to feel cool and airy in this hot weather, but opaque enough to not need a lining. The colors are beautiful and saturated, and the print is nearly identical on both the right and wrong sides (which is important for a dress like this, where the dip in the skirt back hem is seen from the front). It also does a good job of resisting wrinkling – not 100%, since it is cotton after all, but well enough so that I didn’t have to spend too much at the iron smoothing out wrinkles after the pre-wash. 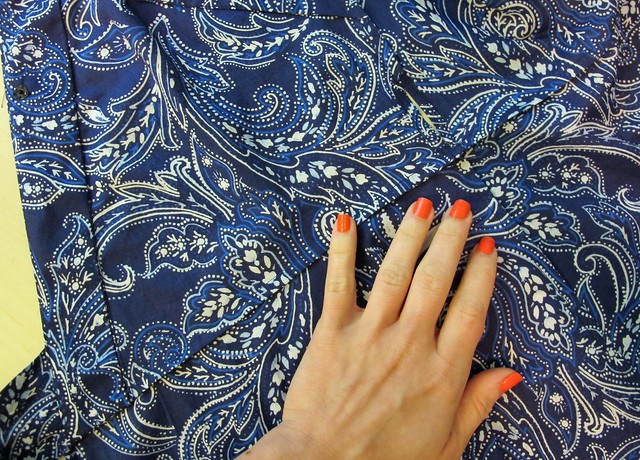 Working with this fabric was an absolute joy. It pressed and cut like a champ, and didn’t give me any trouble at the machine. I decided to use French seams for finishing this dress, as the fabric was light enough to handle the bulk (or lack thereof) of the layers. Navy thread turned out to be the perfect color match, and a used a small 70/10 Microtex needle as not to puncture a bunch of big holes in the fabric. Since the dress is a wrap, there are no closures – just a little hole in the side seam in which to feed through the waist tie. The facing is sewn down invisibly by hand, the hem is machine-rolled, and I added a tiny little snap to the front crossover to eliminate any northern wardrobe malfunctions (sometimes, if the wind blows, you see quit a bit of leg due to the wrap of the skirt. I am ok with this. Ha!). 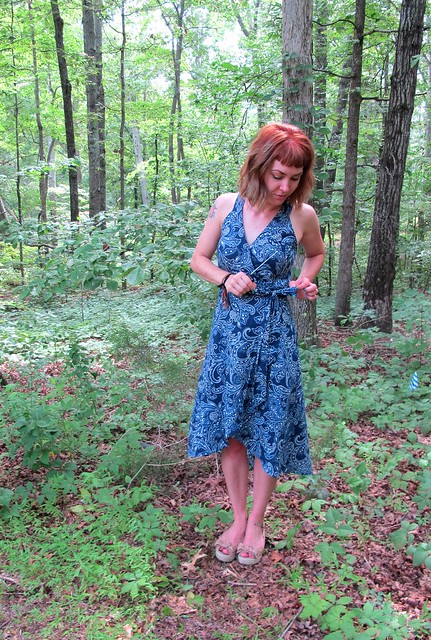 I was a little concerned that the craziness of the print combined with the style of the dress would be overwhelming on my petite frame, but shortening the length of the skirt was all it needed 🙂 This is definitely still a loud dress, but I’m a loud person so I think we suit each other just fine 🙂

When Feathers and Silk Call Your Name

A Lace Dress for a Non-Lace Girl