You read that title right – I made a prom dress this month! And not for a high schooler (please, we all know I’m not that unselfish), but an actual prom dress for myself 😉

Before you get too skeeved out at the idea of a 30 year old attending prom, I should point out that my best friend is a high school English teacher, and thus gets 2 free tickets every year. I weaseled my way into being her date because I wanted an excuse to make a fancy dress. Wouldn’t you do the same? 🙂 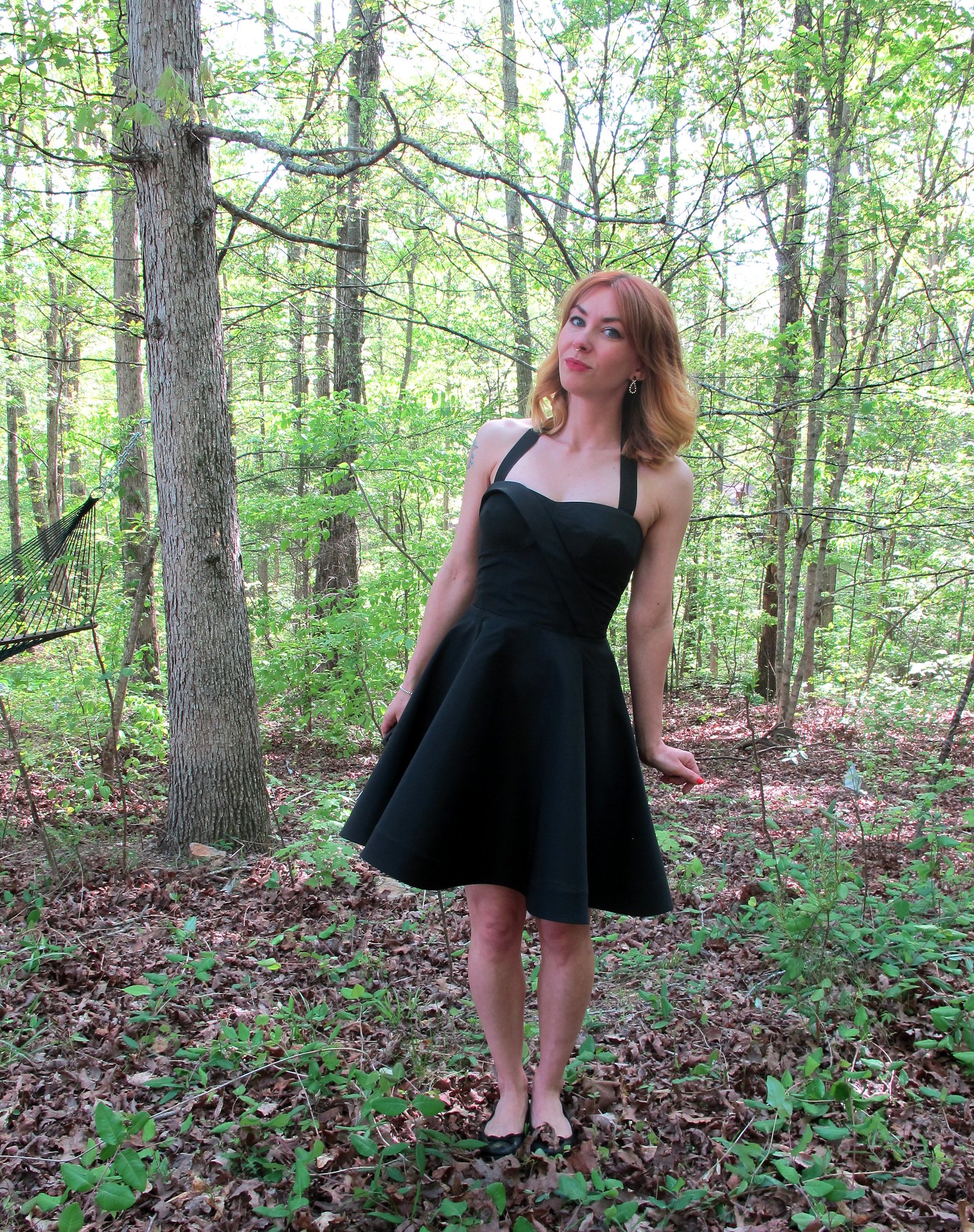 My first advice for anyone who plans on making fancy evening garb during this time of year – for prom or not – is to plan EARLY. I thought I was being clever by starting this in February, but I definitely should have ordered my fabric even months before that. I had my heart set of using silk Faille from Mood Fabrics – as I knew that it would have the perfect amount of body and stiff drape needed for this particular pattern – but by the time I placed my order, they were sold out of virtually every color (thanks, prom season!). Fortunately, they still had plenty of black silk Faille, so while my dreams of a red dress was definitely shattered a bit, at least I got the Faille part!

Speaking of silk Faille, it’s *such* a weird fabric. It’s very stiff and almost feels like plastic. Which, again, is perfect for this sort of dress – but it was a little strange to sew up! It also frays like mad and likes to show pin holes. I serged all my seams and tried to pin within the seam allowances as much as possible, and that certainly helped. It tends to crease whenever given the opportunity – which makes it great for construction (easy to press and manipulate, yay!), bad for sitting. Overall, though, it was fairly easy and satisfying to work with. And also, in case you were wondering – it’s pronounced “file.” I did not know that until I was humbly corrected 😉 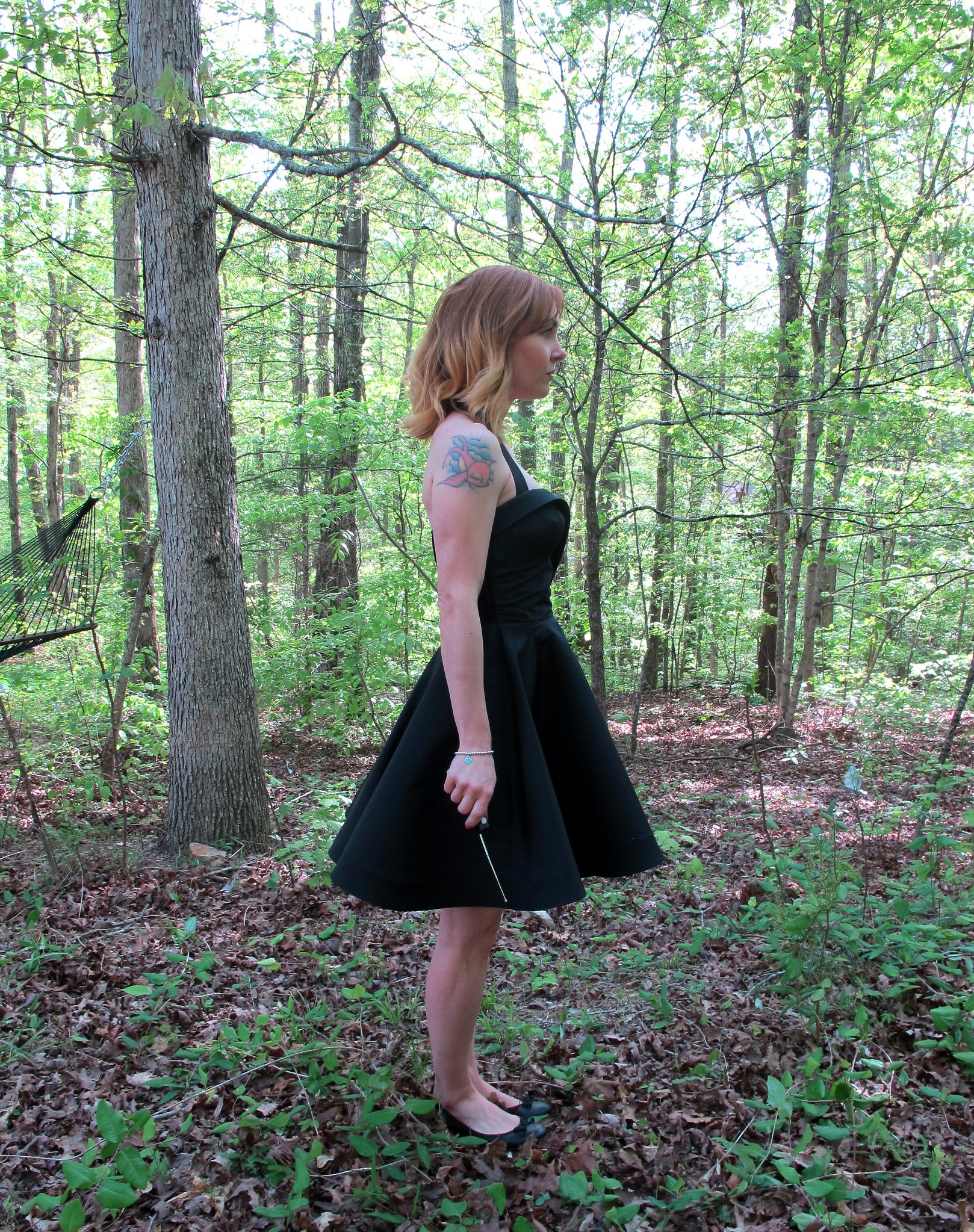 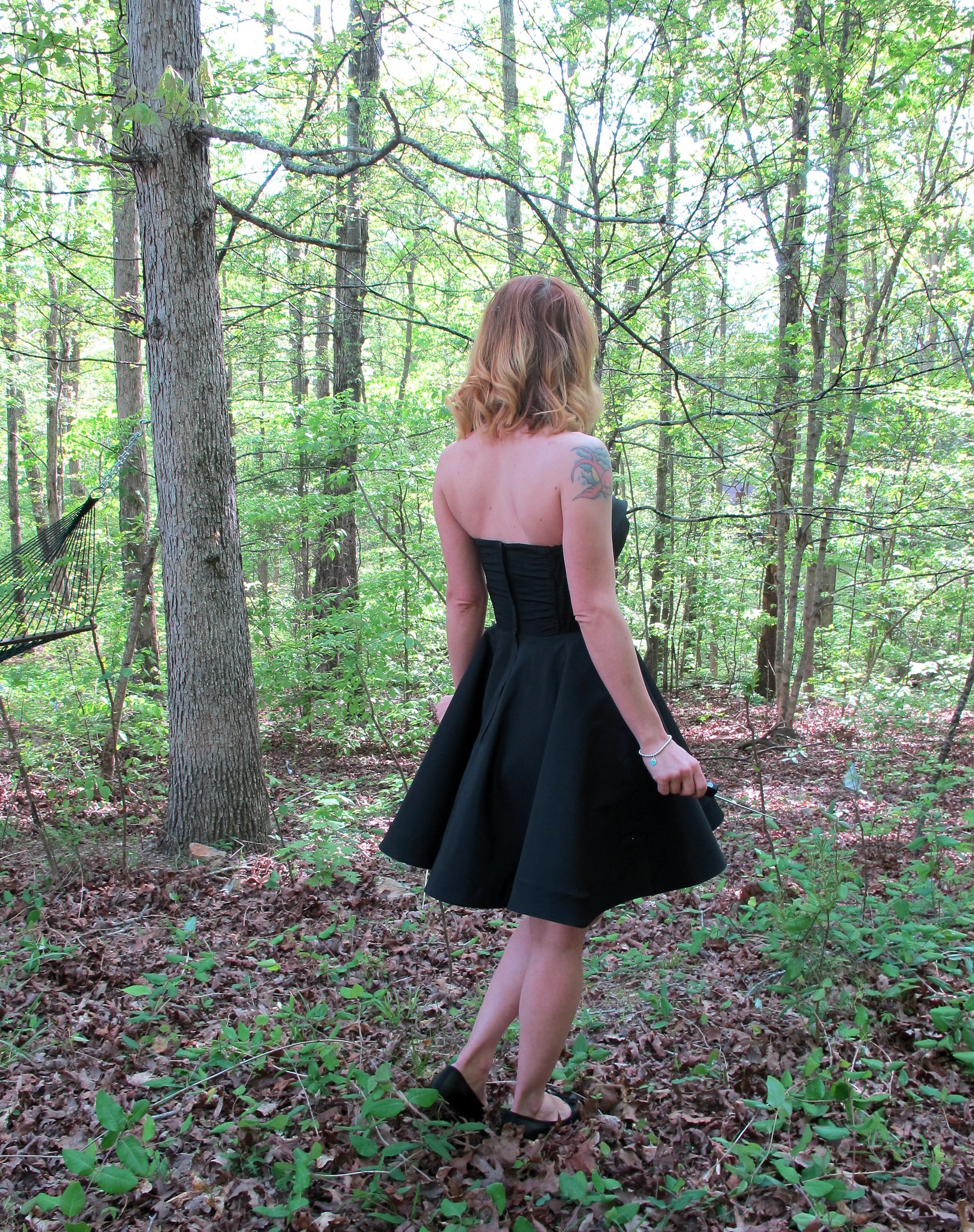 There was quite a bit of work that went into the making of this dress, which ended up taking me a few weeks to complete. It was very satisfying to watch it all slowly come together, though! I used Butterick 6019 as my pattern, and made the view with the full circle skirt. While the pattern didn’t necessarily include anything super hard, it’s definitely not for the faint of heart! There are a lot of steps to engineer that bodice – it’s self-lined, has bust padding, boning, shirring, and a lapped zipper. The halter strap is also removeable, should I decide to go strapless at a later date. For the hem, I added 2″ wide black soft horsehair braid, which gave the bottom a gorgeous flare without the addition of an itchy petticoat. 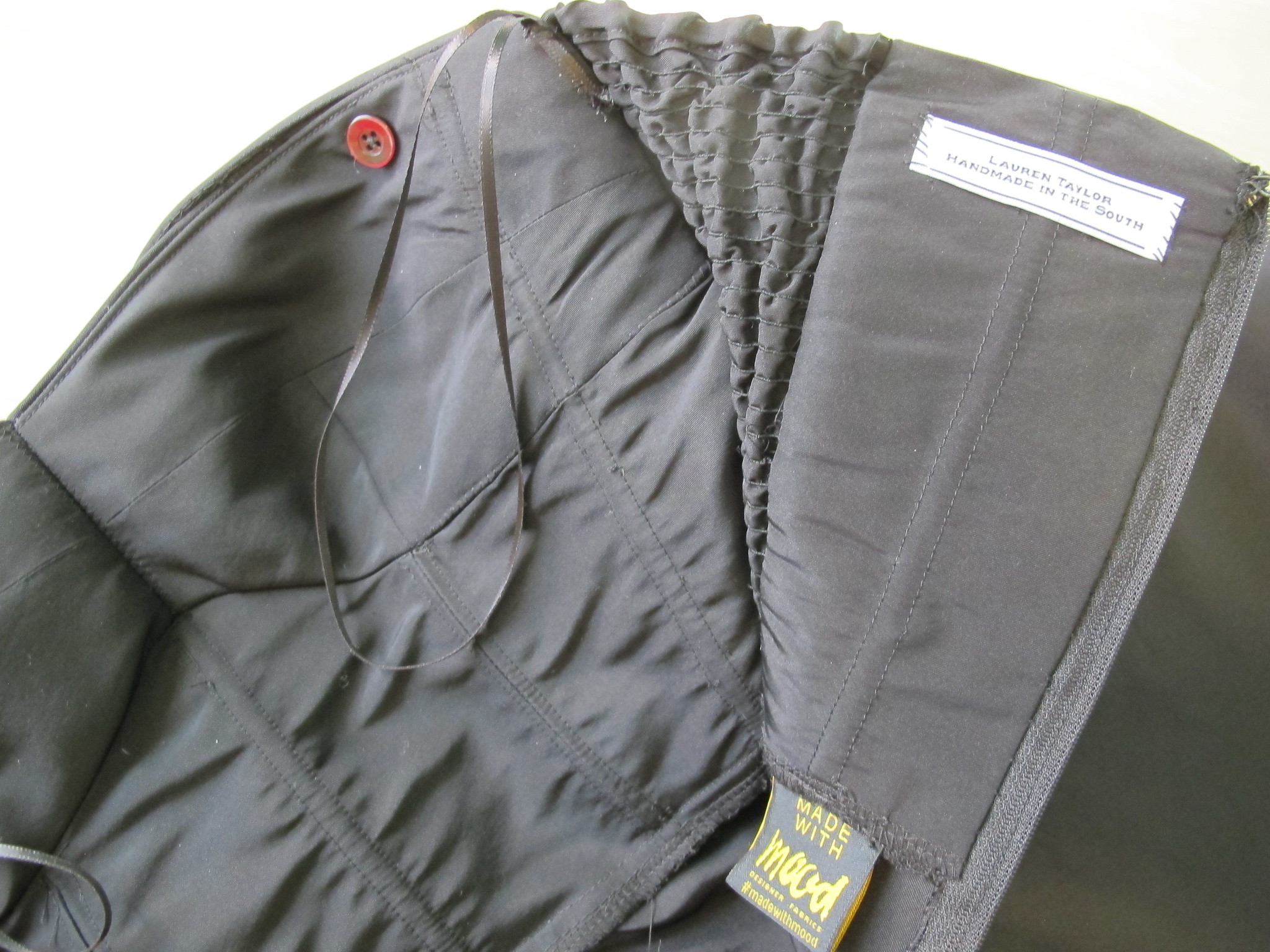 I documented the full process of sewing this dress on my blog, which you can ready about here – Part 1, and Part 2. 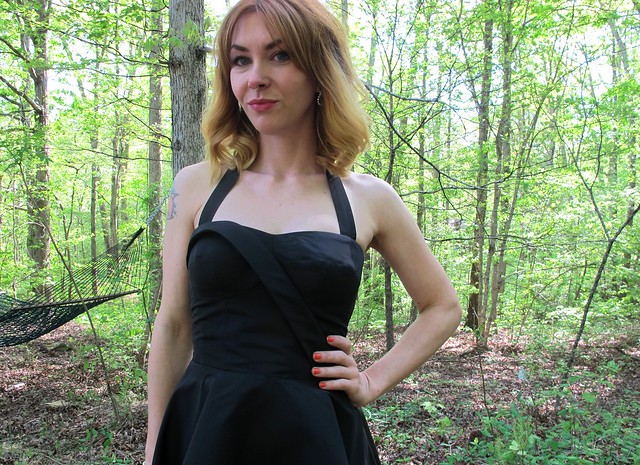 It’s very rare that I ever have the opportunity to sew something this decadent, so I’m pretty happy that I was able to take advantage of it this year! Now if only I can find more excuses to actually wear it, hmmm…. 🙂

A TNT in NYC Designer Tweed

Knits for the Gold