Scuba knit has been a hot fabric in the sewing & fashion community for some time now, but this is actually my first project with this stuff! I’ve never really been a fan of the thickness and drape of scuba (you know, the elements of scuba that people particularly like the best!), so I haven’t given it much of a second thought up until now.

I came across this Italian Red and Orange Scuba Knit on the Mood Fabrics website, and despite my apprehension for the stuff – I could NOT get over that beautiful print! I had to have it in my wardrobe, so I bought a yard of the stuff and figured I’d figure something out later. 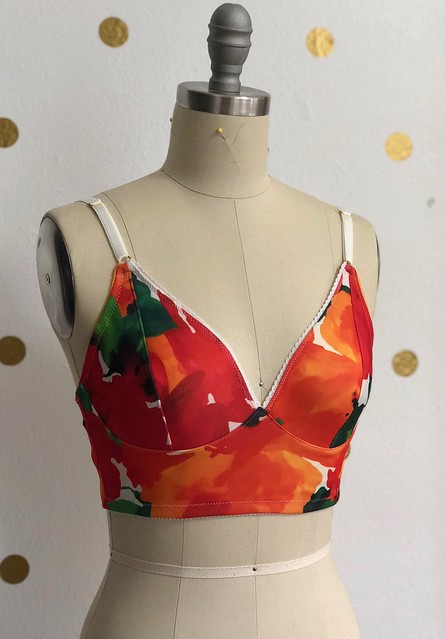 After some thinking (and some oohing and aahing because LOOK AT THAT BEAUTIFUL FABRIC!), I realized this fabric would be ideal for a soft bra. It is stretchy like a knit fabric, and the extra thickness means a little extra coverage. I wasn’t sure how the print would translate over those tiny pattern pieces – it’s a pretty large print – but I like how abstract it looks. Cut up and sewn back together, it looks less like a floral and more like bit washes of color. I’m a fan! 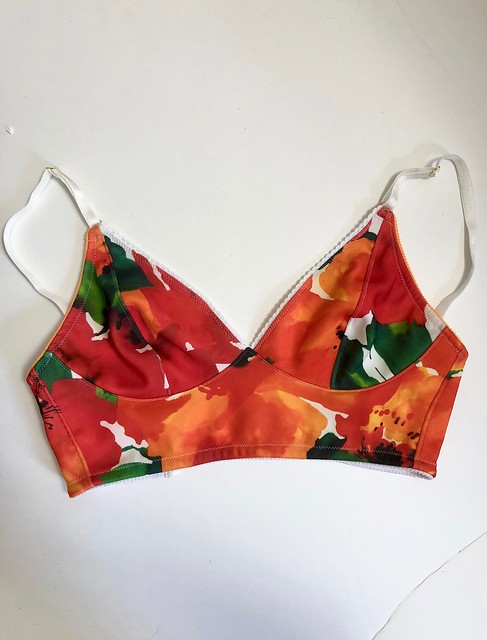 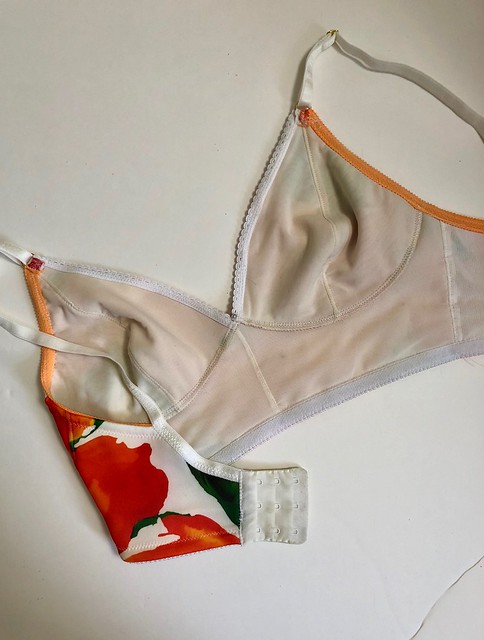 Having never worked with this fabric before, I did some preliminary testing before diving in. Specifically, I had to play around to find a good size/type of needle that would sew through the fabric without skipping stitches. This fabric REALLY likes to skip stitches, and there is a lot of topstitching – so I wanted to avoid that! After much trial and error (literally trying every single needle in my stash), the winner ended up being a 70/10 Jersey needle (not stretch, not ballpoint – but jersey). The heavier weight jersey needles were a bit much, but the 70/10 was basically the goldilocks of needles. After figuring that out, the rest of the sewing went quite smoothly.

The pattern I used is the Cloth Habit Watson Bra & Bikini. I sewed a 30E for the bra, and a size XS for the underwear. I lined the entire bra with a lightweight power mesh – this isn’t essential for the scuba knit (it’s comfortable enough on it’s own), but I like the added support of the mesh. Plus, it looks nice! All elastics are white – except for a bit of orange under the arm – and I kept the topstitching white as well. 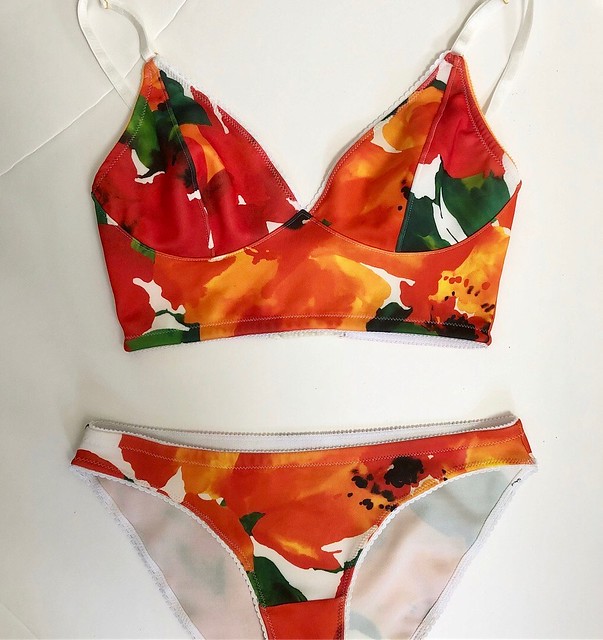 I’m very happy with the finished set, and even happier that I finally gave scuba a chance! The scuba I used is still available on the Mood Fabrics website, and they have a slew of other colors/designs as well. What about this Green & Gothic Grape scuba for some moody lingerie? Or maybe some gold foil? Endless possibilities, you guys!