It’s the end of February, and you know what that means: wear-your-housecoat-all-day-because-it’s-otherwise-too-cold season!

Seriously. Can it be spring already!? 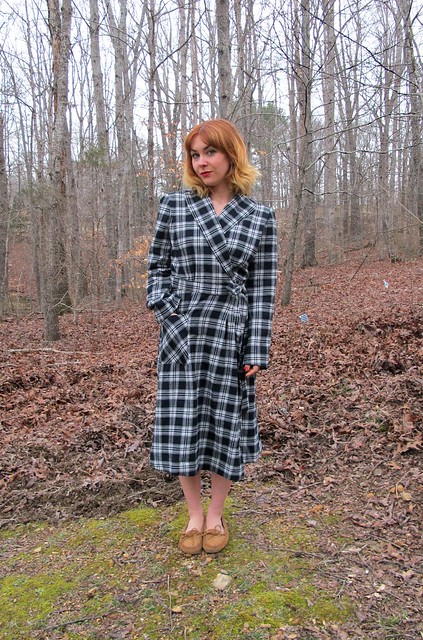 I was serious about wearing my robe all day, at least when I’m hanging around the house (I work from home a couple of days a week, so this happens pretty frequently this time of year). I have an old fleece robe that has served me well for many a winter, but it’s really starting to look it’s age (almost a decade, I have recently realized!). I knew it was time for an upgrade to something a little classier, so I’d feel a bit more put together around the house – and especially something that won’t make me embarrassed to walk to the mailbox in. Because, y’all, until the sun decides to come back out, I ain’t taking off this robe. True story: it was sleeting when I took these pictures. GAH. 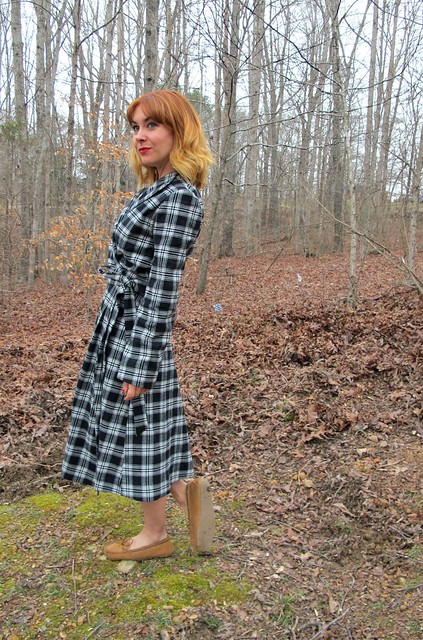 Rather than stick with the TNT fleece that I knew would eventually get ratty, I decided to make my replacement robe in a soft cotton tartan plaid flannel from Mood Fabrics. I’m no stranger to sewing plaid flannel, although my previous makes with the fabric have been mostly limited to oversized button up shirts. It was kind of exciting to plan a different sort of project with my fabric, even if it’s mostly limited for wearing around the home. I love all of the cotton flannels that Mood Fabrics offers, but this one in particular stuck out to me because it matches my (also me-made) (also plaid flannel) pajamas.

I made sure to order a little extra yardage, to better match the plaids and allow for shrinkage. I also washed and dried my fabric twice (both in hot water) to get as much shrink out as possible. Matching the plaids, unfortunately, didn’t net as well – turns out this pattern really isn’t suited for plaids, as it was nearly impossible to match. I ended up throwing in the towel on that, at least as far as the side seams are concerned (the center back and sleeves, though, look pretty good!). I know, mismatched plaids make some of us (me) want to rage straight out into busy traffic, but sometimes it’s a matter of choosing your battles. Especially when the garment in question will mostly be judged by the eyes of my cat. 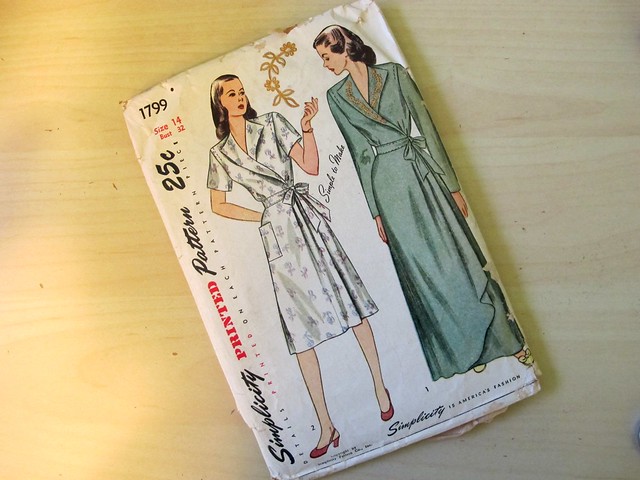 For the pattern, I used Simplicity 1799, which is a vintage pattern from the 1940s that I’ve had in my stash for ages. I don’t sew much with vintage patterns any more – I find a lot of the looks to be too cutesy and/or dated for my current style – but I do love the little details they include. This robe features lots of tucks and gathers, paired with a boxy, strong-shoulders 1940s silhouette. The instructions are quite sparse, but this is an easy enough pattern to figure out if you have some sewing knowledge under your belt. 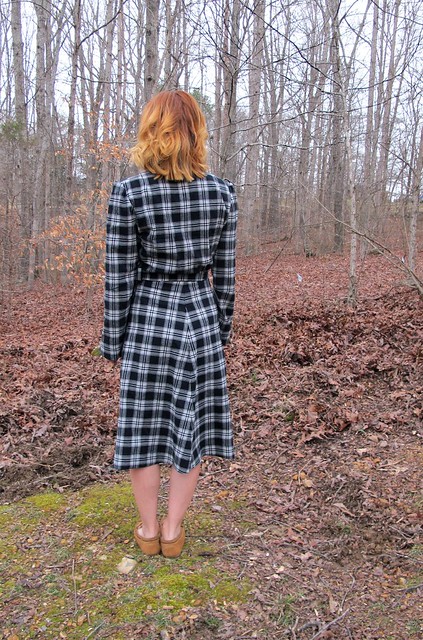 It’s probably not the most flattering thing I’ve sewn for The Mood Sewing Network, but dang is it useful! And I promise you that it is 100x more flattering than the Fleece Nightmare I was schlepping around in earlier this week 🙂 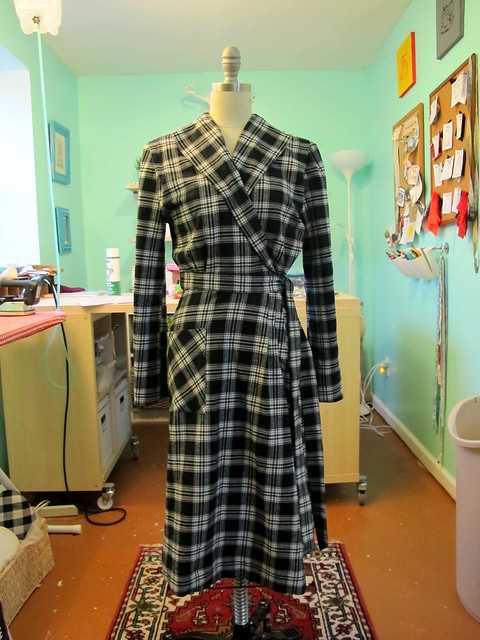 Flannel and Denim with a 70’s Vibe