For my Mood Sewing Network project this month, I wanted to switch it up a little and play with shapes and fabrics that I don’t normally gravitate to. Since we’re still experiencing a pretty intense bit of heat as the summer is sloooowly drawing to an end, the idea of a loose tent shape made with a breathable linen sounded pretty much perfect to me. I don’t know if this style is even flattering on me whatsoever, but right now comfy is winning out and I don’t even care. 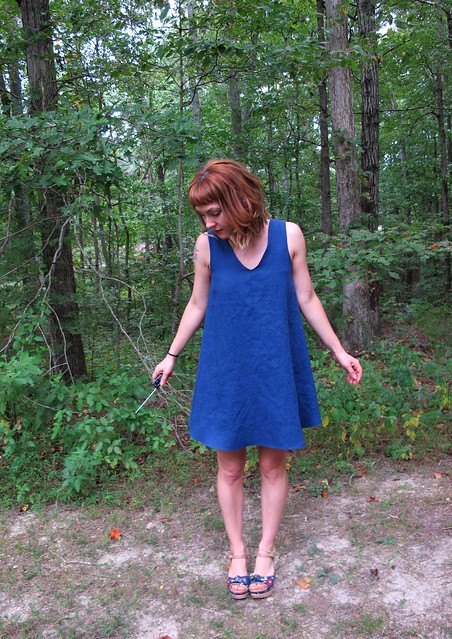 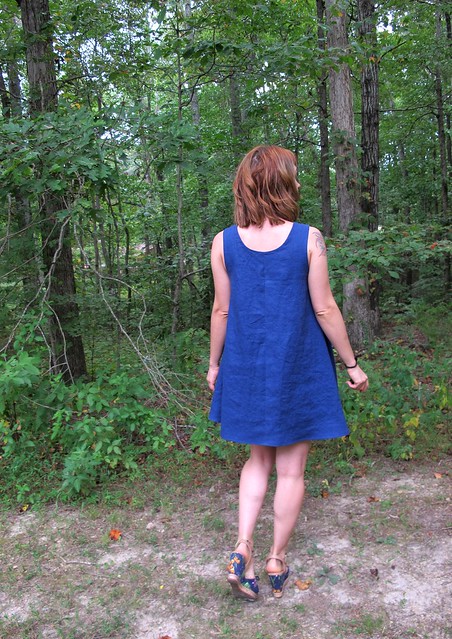 Normally, I don’t really like to sew or wear linen. I find the fabric deceivingly shifty – which is super weird because it feels like it should be stable, you know? – and difficult to cut straight. Once you do manage to get it cut, you’re entering a neverending battle against the constant shedding and fraying. Should you manage to make your way to victory, then you get to contend with 24/7 wrinkles. I mean, I know some fabrics just get wrinkly from wearing them around – that’s typical with most natural fibers in general, aka, the stuff I like to wear the most – but even just giving linen the stink eye makes it ball up like it’s trying to make it’s way into the fetal position. I’ve never been a huge fan of the soft rumples that come with linen territory, but I’m expanding my horizons. Also, it’s really really hot outside.

Soooo I took one for the team and decided to give linen another chance. I bought a couple yards of this dark blue heavy linen (at the time, only dark blue was available – but it looks like they have other colors now, yay!) from Mood Fabrics website, and figured I could decide on a pattern once I was able to get a feel for the fabric to determine how heavy it was. It’s pretty nice stuff – heavier than your typical floaty (aka shifty) linen, but it’s not as heavy as the linen that is used for upholstery. Honestly, it would work just as well for a pair of wide-legged pants – which was what I originally considered doing with it (aaaand now I will be adding some of that red linen to my cart because, RED PANTS). Because it’s on the heavier side, it’s not as shifty when you’re cutting it. It does still fray like crazy, but I just made sure to serge all my raw edges and that problem was immediately solved. It does wrinkle a little bit, but not nearly as much as the light weight linens. Just those big, soft rumples that fall out fairly quickly. I like!! 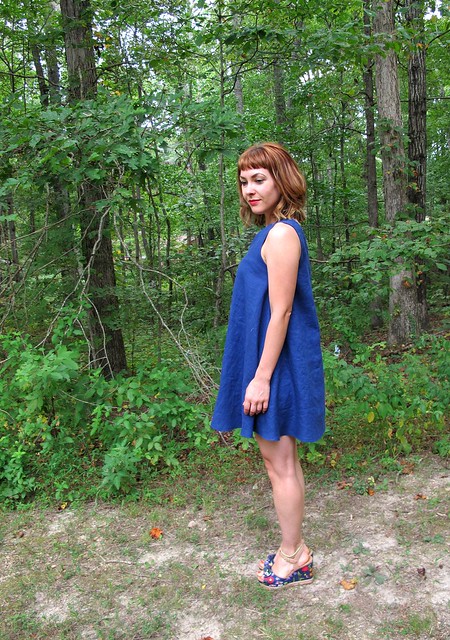 Sewing this was as quick and easy as one could hope for. It sews and presses like a dream, and doesn’t require any special care (other than making sure you finish those edges in some way, because they will fray on you!). I used the Sway dress from Papercut Patterns as my pattern, which is a very simple pattern with very few seamlines. Perfect for a big ol’ breezy tent dress! And thanks to the breezy shape of the dress paired with the wonderful breathability of the linen, this is a HELLUVA good outfit for hot weather! Look, I don’t even have to match pants to it. It is perfect. 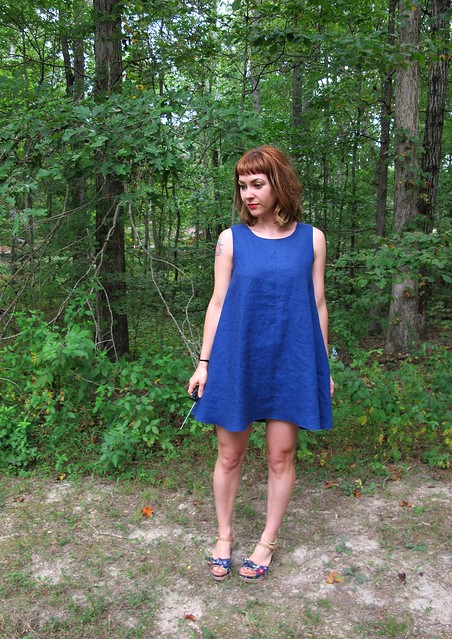 And it’s completely reversible, so I can wear the front as the back and vice versa. MAGIC, Y’ALL. 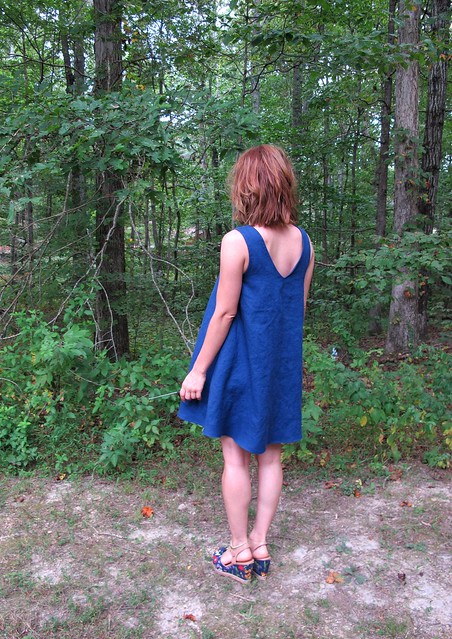 By the way, are you experiencing a bit of déjà vu? That’s because I somehow managed to not only make the same dress as Sonja, but also schedule to publish it within a couple days of each other! Whoops? 🙂 I guess we are experiencing a similar wavelength right now, haha! 🙂

A Wool Crepe Dress for Spring