There is a saying that holds true on this sewing adventure, “The best-laid plans of mice and men often go awry.”  Which is a line from the poem titled “To a Mouse” by Robert Burns and the poem is the source of the title of Steinbeck’s novel, Of Mice and Men.  What does this literary history lesson have to do with my Mood Sewing Network post?  Well, Meredith and I had  big plans for a beautiful graduation dress for her from Mood Fabrics’ white/cream polka dots embroidery and eyelet voile (which is very similar to the blouse I made on my last post). 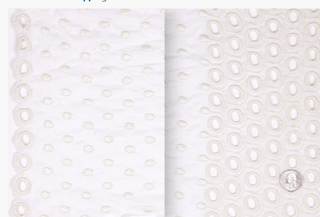 Meredith had picked out the perfect Simplicity pattern and I had the bodice fitted.  That is what I thought, at least.  In reality, not so much. The fit was horrible and there wasn’t any way to salvage it and graduation is next Sunday.  Time was not on my side! 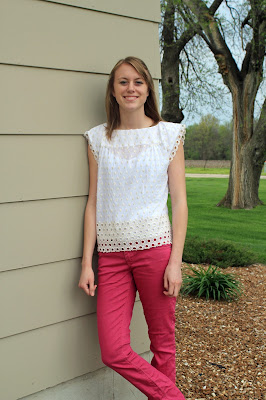 The good part, I did have some yardage left and I was able to use the skirt fabric from the dress to make a top for Meredith.  We decided on Hot Patterns’ Metropolitan Good Times Dress, Tunic and Top with the dress view used for this top, just with the shorter length.

A muslin was made  for this top and the only change was to deepen the front neck just a bit and add 2″ to the length.  I was careful to cut the hem on the border of the yardage. 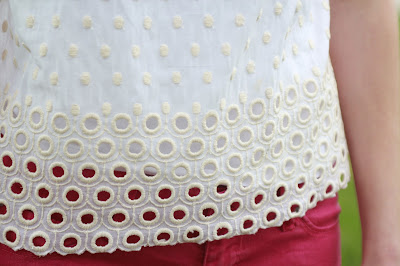 These six row of eyelets are on one side of the selvage, the other side is one row of eyelets.  I carefully cut this and used it for a smaller version of the cap sleeves.  Isn’t it just the prettiest eyelet? 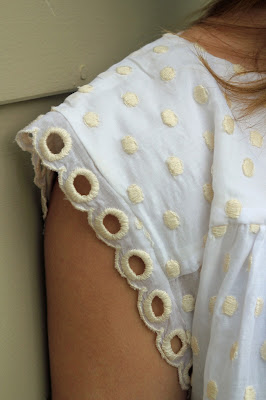 This fabric is a dream to sew and I like the fact we selected a more basic pattern to showcase the design of the embroidery and eyelet. 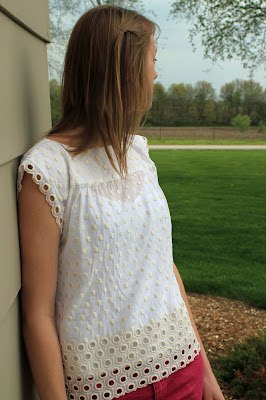 I used some muslin from stash to line the yoke and it was the perfect shade for the fabric.  Fabric limitations meant a seam down the center back but that didn’t take away from the design.  All the seams were sewn with a french seam, with the exception of the yoke facing and it was hand stitched down on the wrong side. 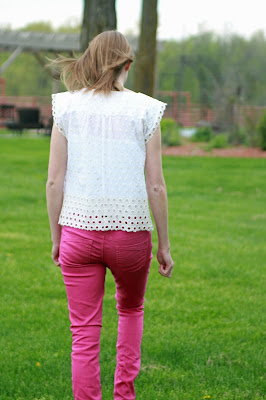 I finished the top Saturday night and showed it to Meredith.  She quickly responded, “Wow, that is cute!”  Yes, we have a winner in my soon-to-be graduate’s eyes. 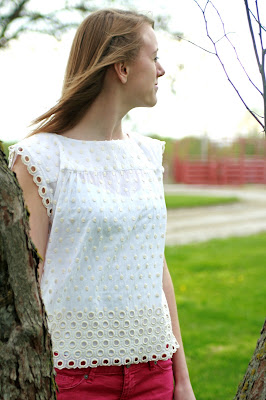 In reflection on the plans that went awry, I see a top, which in reality my graduate will wear much more than the dress. The gorgeous fabric was saved and a stylish and chic top was made for Meredith.  And to top it all off, Meredith is so happy with me for her new garment.

Girls in the Garden

Lori enjoys fashion sewing and likes to make a wide range of garments, using RTW for inspiration. See more from Girls in the Garden »

Mapping My Mood – Part One