Tweed is one of the nicest and easiest fabrics to sew, in my opinion. Did you know that the origin of tweed is said to be the Tweed River that flows along the border between England and Scotland? Yet apparently, the name of the fabric is a result of a clerical error when tweel (old name for tweed  for its characteristic 2×2 twill weave) was misspelled as tweed. Anyway, it is a perfect wool fabric for beginners. It doesn’t distort easily, reacts very well to steam and heat, easy to sew, easy to cut, easy to hide mistakes, it is reversible, durable, and, and, and…  So, once I decided to sew a dress with tweed it was pretty straight forward. 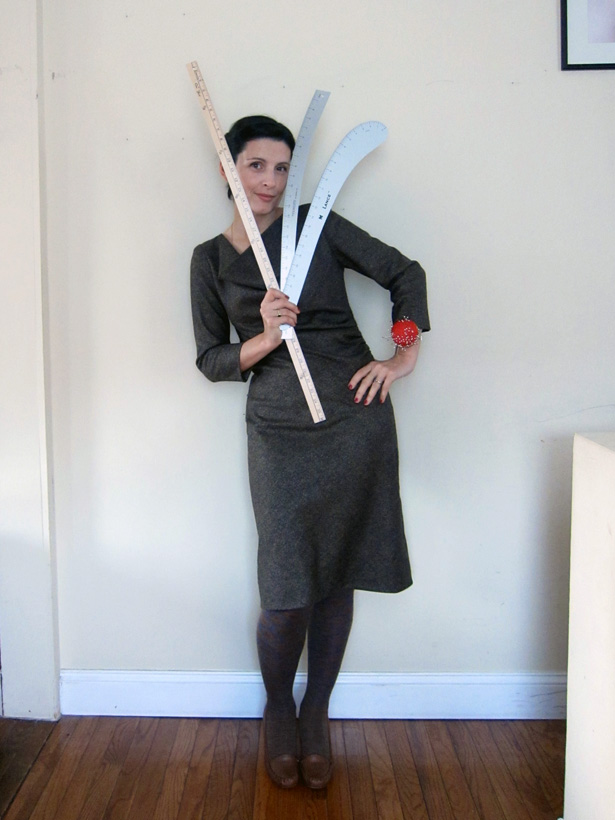 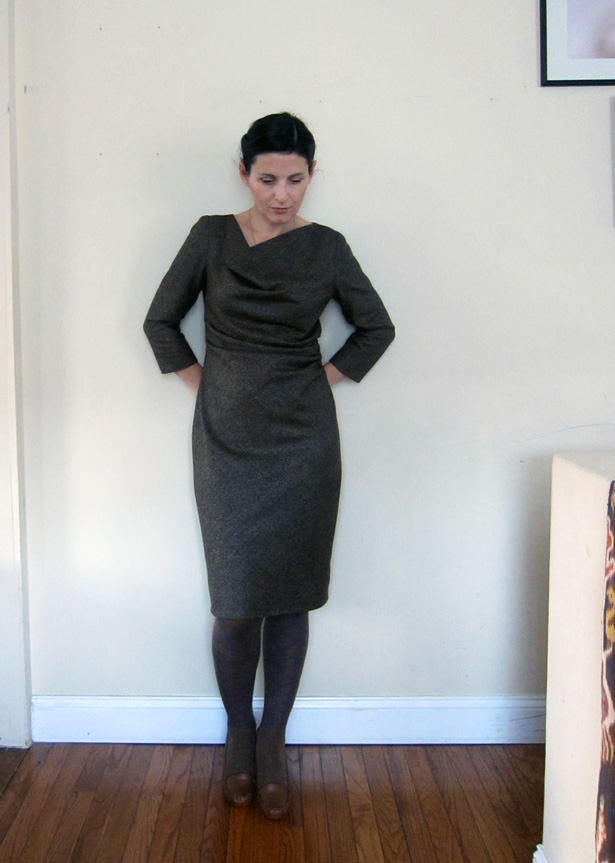 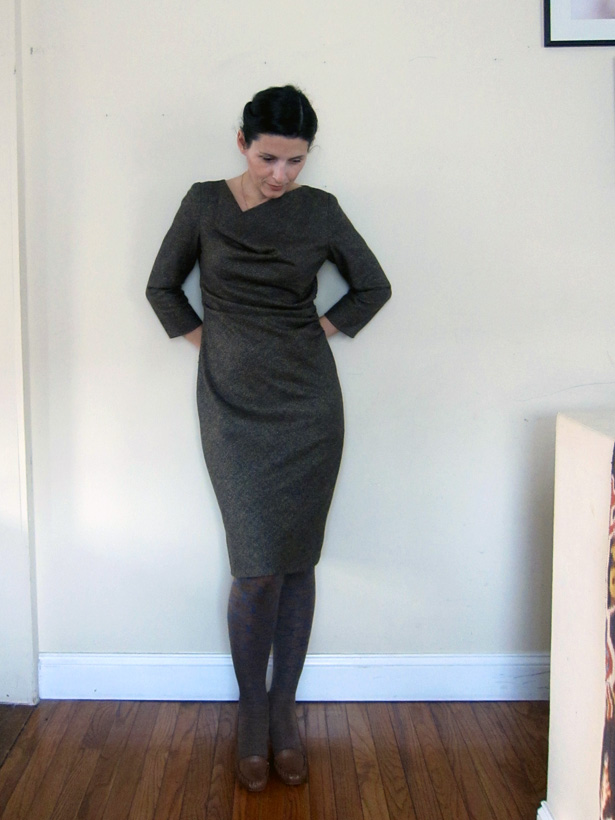 Ok, this is not one of those amazing dresses. It is rather quiet and simple, warm and very comfortable to wear. I worn it several times by now and I love it. However, despite its simplicity, as with many other projects I made this year, this one was about learning new couture techniques and this dress was worth a million for me.

Why? The Burdastyle pattern I chose is laid out on the bias for the front. The back is on straight grain. So, I wanted a layer between the wool and the body, and this pattern layout posed some challenges. What I did is underline the dress with silk charmeuse, with the front cut on the bias too. This required some experimentation and quite a few new skills on working with the bias, and, can you imagine, there are hardly any resources, except for some information in the Threads archive on working with bias.

I was very, very lucky though, because Susan Khalje, a couture expert, author and teacher, generously shared with me quite a few tips for this project. I have been learning from her for a while now, but it was a revelation, thanks to this project, that Charles Kleibacker, an American couturier who was also known as the “Master of the Bias,” was Susan’s mentor! This is as good as it gets, really!

It took me a while to research, experiment and prepare the fabric, but at the end there was no pulling anywhere on the bias-cut front. Both fabrics behaved like one, despite the fact that they were both cut on bias. I won’t bore you with details here, as there will be a ‘behind-the seams’ post on Burdastyle.com where I will explain what I did.

Here, a few more shots – I was just fooling with the camera though – but at least you can see how the dress looks belted, or with a yardstick, ahem… 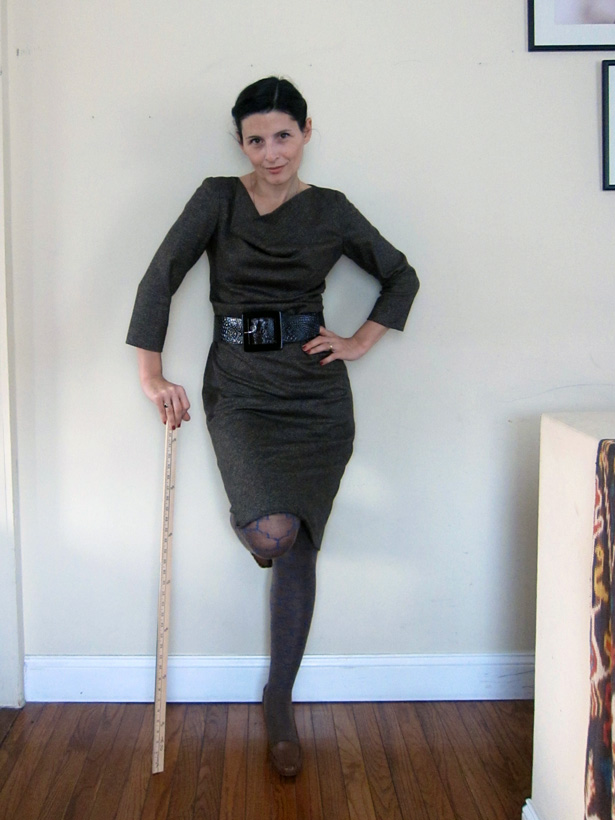 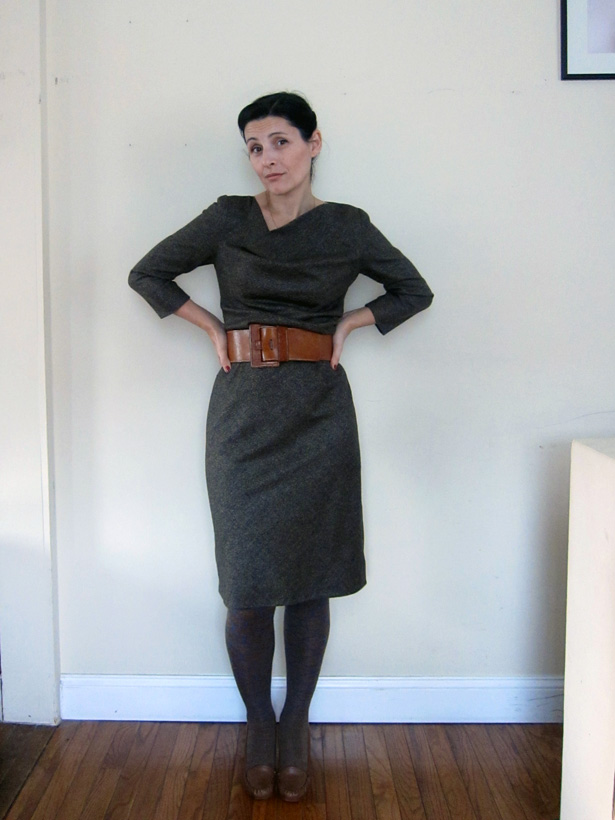 And, finally, my favorite, the Sewminatrix shot. Who was naughty here? Stay warm! 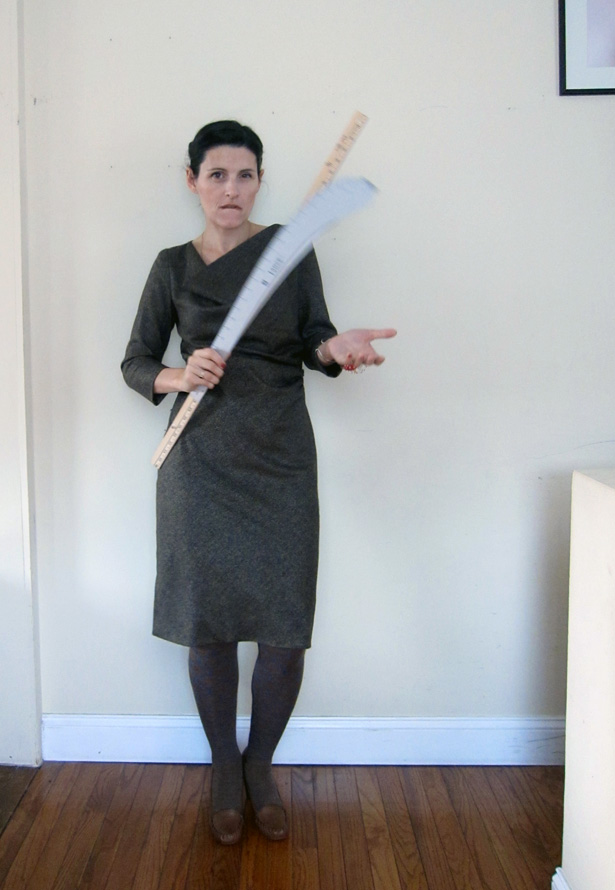 Editor’s note: Marina bought her gray tweed at Mood NYC, but we do have loads of tweed fabrics available online. Click here.

Frabjous Couture is all about the joy of discovering and mastering couture: from inspiration and techniques to creating a couture wardrobe. See more from Frabjous Couture »

The Grim Reaper Gets a Makeover